I have neglected my blog for some weeks now. One of the reasons are work, and another that I did catch a flu. Even though it’s some weeks ago I still feel tired. Well maybe the flu are not the only reason because it’s been grey, and cold outside here in Denmark. Not exactly an energy booster!

The photo I have posted today are from my first Dital SLR camera the KonicaMinolta Dynax 7D. A great no nonsense 6,1 MP DSLR with intuitive and direct control over almost everything a photographer needs. The camera produce some lovely colors and also great detail for a 6 MP camera which can be seen on some of the prints I have made in the A3 size.

Some years ago I gave it away to a friend who needed a camera and now I mostly uses my Sony Alpha 900 which for me is a almost perfect camera although it’s about 4 years old and now “has to compete” against new cameras like Canon 5D MkIII, Nikon D600 and D800 and last but not least the Sony Alpha 99 which is a tour de force in technology!

You may ask if I considered to buy a new camera instead of my 4 years old a900? Yes I must admit. I actually tried to sell my a900 for some weeks, but then decided to compare some photos from the above mentioned cameras.

What did I find? Actually several things 😉

At ISO 100-400 I was quite surprised to see how well my Sony a900 compared to the newer competitors even when I lightened up the shadows  3 stops. Ok, the a900 does have a bit more noise in the shadows than Nikon D600, 800 and the Sony a99 but that is not visible in a print. In the red colors it even has lower noise than the other cameras and surprisingly the Canon 5D MkIII has more noise in the shadows, noise that shows up as what I would describe, an ugly pattern noise (though not very visible unless you use longer exposure times). But above ISO 1600 the other cameras are simply better. from 1 to about 1,5 stops.

Another thing I tried was how munch I could lighten and darken the image in Adobe’s Lightroom 4.3 before the shadows was completely dark and before the highlights was blown. I found that the a900 was a bit behind the Sony alpha 99, Nikon D600 and it’s bigger brother the D800. The Canon 5D MkIII was about on par with the Sony alpha 900.

I know my small test have some limitations. It would have been better to test the cameras against each other on a real motive like a landscape scene. But since I am not a professional camera tester I could not get my hands on all of the cameras, although I probably could have got my hands on a D600, D800 and a 5D MkIII.

As always I take the tests numbers from dpreview, DxO mark and imaging-resource regarding DR and noise with a grain of salt because for me the only real comparison would be to take the cameras out in the nature, learn their quirks and capture some images. Then I would go home, open up the files in my favorite RAW converter, Adobe’s Lightroom 4, and try to get some photos out of the cameras that would be true to how I experienced the landscape.

To make a long story short. What I found made me keep my Sony Alpha 900. I decided to jump over this generation of full frame cameras and wait for the next generation that probably will be even better than this generation.

P.S. If Sony in Denmark would let me borrow an alpha 99, I would love to write a review and post some comparison shots. Maybe I would then have to “eat” some of the words I have written here today 😉 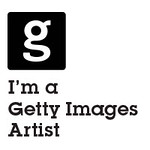